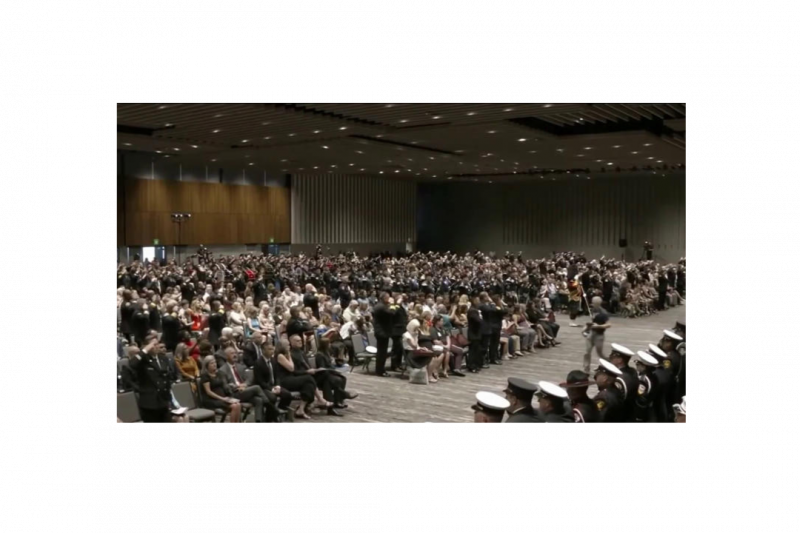 Fire crews and families gathered in Sacramento Saturday to honor 82 California firefighters, who have died over the past three years. At least 11 of the firefighters honored were from the Bay Area.

One of the firefighters that was honored Saturday was Robert Francis. He worked at the San Jose Fire Department for more than 30 years and died of job-related cancer.

Other Bay Area firefighters honored at the memorial were Christopher Yock with the San Francisco Fire Department. He died fighting a structure fire at SFO last year. Firefighter Jason Cortez, who lost his life during a training accident in San Francisco and John Cronin, who served 30 years with the Redwood City Fire Department, died of a job-related illness.

Nearly half of those honored during the California Fire Foundation ceremony died of job-related cancer but the pandemic also took a toll.

"Three of the 82 names, that we will add to the California memorial died from COVID-19,” said Brian Rice, president of the California Professional Firefighters.

All the fallen firefighters were praised for their dedication.

“In my opinion, the word “hero” applies more to them than to any other group of citizens or public servants,” said California Lt. Governor Eleni Kounalakis.

Flags were also presented to the grieving families and then, the final ringing of three bells, which marked the end of the fallen firefighters duties and a return to home.

The names of each of the fallen 82 firefighters will be etched in stone at the California Firefighters Memorial in Sacramento.